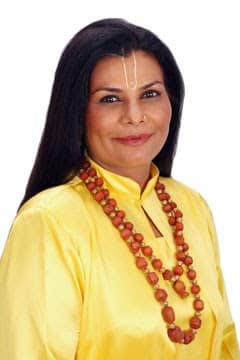 Her Holiness Jagadguru Sai Maa Lakshmi Devi Mishra is a world-renowned spiritual master, healer, and humanitarian. With a unique fusion of Eastern spiritual wisdom, Western therapeutic knowledge, and energetic mastery, Sai Maa shares teachings to uplift and empower others to master their lives as she has her own.

Teaching from personal life experience, Sai Maa guides people in awakening and living from the highest potential inherent within them. Through all of her work, Sai Maa shares a rare depth of unconditional love and passion for life that manifests in the compassion and commitment with which she approaches her mission of global enlightenment.

Sai Maa was born on the island of Mauritius, a country known for embracing all religions and spiritual traditions. This spirit of openness, acceptance, and interfaith cooperation, helped shape Sai Maa’s universal message of unity and compassion. At an early age Sai Maa demonstrated esoteric healing powers, which blossomed as her mission unfolded.

At the age of 21 Sai Maa moved to France, soon thereafter married a research scientist, and became the mother of two children. Sai Maa created a thriving therapy practice by merging her energetic healing powers with Western therapeutic training. She became certified in naturopathic, homeopathic, and osteopathic therapies. Also active in politics, Sai Maa served for years on the Bordeaux City Council, helping to reform health care in the European Union on behalf of the French government. During this period, she met and became a life-long devoted disciple of the highly revered spiritual leader and world teacher, Sathya Sai Baba; as well as an active supporter of his humanitarian work.

Even with a successful career and rich family life Sai Maa knew, by the grace of her guru and through dedicated spiritual practice, that she had a greater life purpose. When her children were grown-up, she made the decision to step beyond traditional family roles, career, and politics, to dedicate her life to uplifting humanity by serving its conscious evolution. 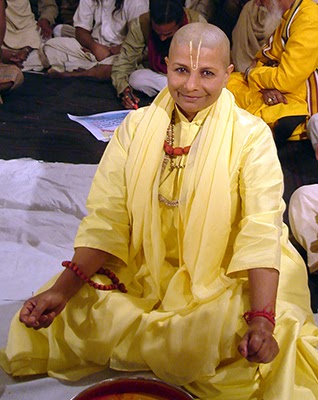 Sai Maa has always made it clear that she does not want to cultivate followers; rather, she wishes to create masters who are capable of transforming the planet as embodiments of love and light. She tours the world, and educates thousands on a wide range of spiritual, social, and psychological topics, through transformative workshops, conference calls, writings, recordings, online programs, tools, and technologies. Many powerful spiritual practices created by Sai Maa are utilized by thousands of people worldwide, including: Sai Maa Diksha (the transmission of light into the brain of others and oneself, initiating the process of enlightenment), and Brain Illumination Meditation (a self-guided transformational meditation through the use of light).

In 2007 Sai Maa was honored with the prestigious title of Jagadguru, the highest title in the Vedic tradition of India. She is the first woman to receive this title in the 2,700 years of the Vishnuswami lineage. The title was given to Sai Maa in recognition of her humanitarian service and her spiritual mastery. This honor represents one among many, all of which recognize the depth of Sai Maa’s wisdom and contribution to the evolution of humanity and the planet. 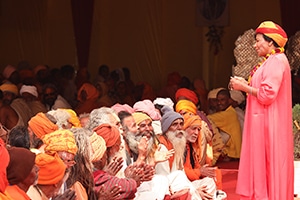 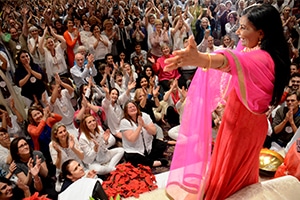 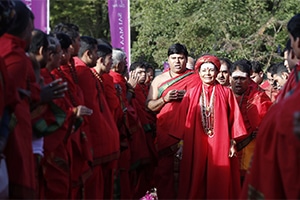